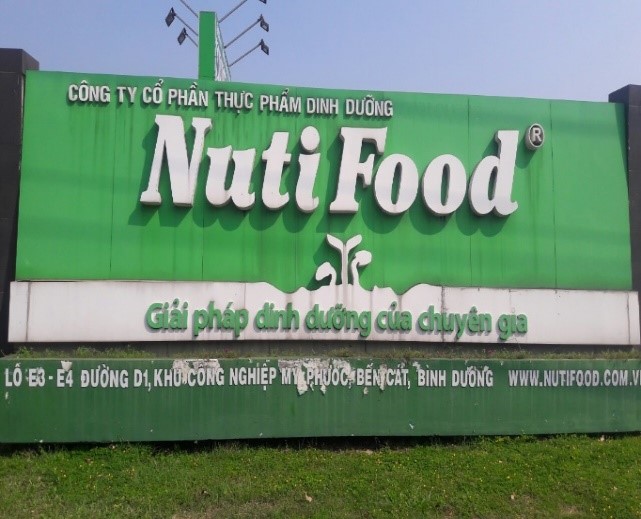 NutiFood’s original products have 3 groups: feeding nutritional powder, nutritional milk powder and high energy nutritional food …. In order to distribute its products nationwide, the company has built a professional distribution network across 64 provinces and cities, as a result, its revenue has increased more than 250% annually, accounting for the highest share of full cream milk powder.

In addition to product development activities, the Company is also interested in measures to reduce production costs and protect the environment such as energy saving, especially steam systems, in which boiler operation stability and environment friendly are the first concerns of the Company. Because the steam system is considered as the core utility to create a perfect product in terms of quality and competitive prices in the market, while contributing to environmental protection.

With such goal, NutiFood Nutrition Food Joint Stock Company has cooperated with The Central Energy and Boiler Joint Stock Company to build additional steam system including biomass boiler and new steam pipelines to replace the old system that was built earlier in 2013.

In September 2018, the Central Energy and Boiler Joint Stock Company cooperated with experts of the Project “Promotion of Energy Efficient Industrial Boiler Adoption and Operating Practices in Vietnam” of the Ministry of Industry and Trade (MOIT) and United Nations Industrial Development Organization (UNIDO) to carry out the boiler efficiency assessment as well as implement improvement boiler efficiency measures in order to save energy consumption of the operating boiler.

Steam system of the Company 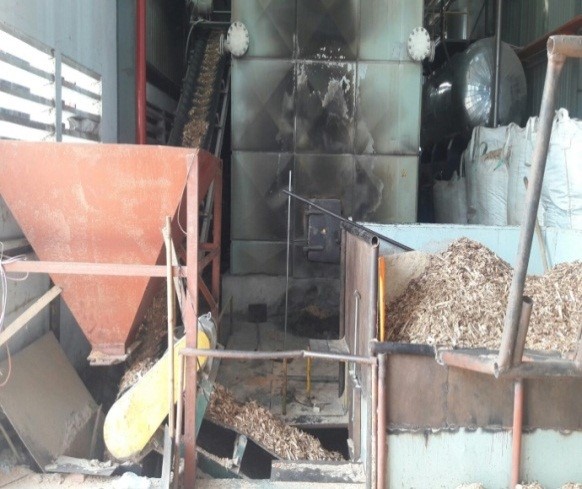 Evaluation of boiler efficiency done by the UNIDO Project’s Experts

Within the framework of the Technical Expert Training Program on boiler efficiency Evaluation Technique, two national experts were sent to the factory to assess 15 tons/hour boiler’s performance from 13th to 15th of September, 2018 with the assistance of an international expert. Chain grate boilers have not been evaluated because the Company is planning to replace it with modern technology fluidized bed boiler in the first quarter of 2019. The findings from this assessment are as follows:

The plant has installed insulation of almost pipeline in the steam distribution system. However, there are still some non-insulated locations with relatively high surface temperatures that is above 100 Celsius degree , which causes energy losses due to heat loss to the ambient. 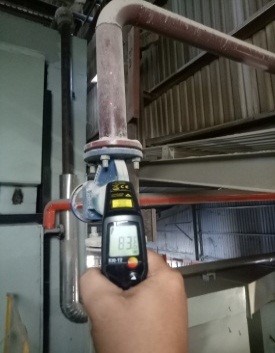 Image: Measuring activities at the Company

Based on the collected data and the above findings, some energy saving solutions are proposed as follows: 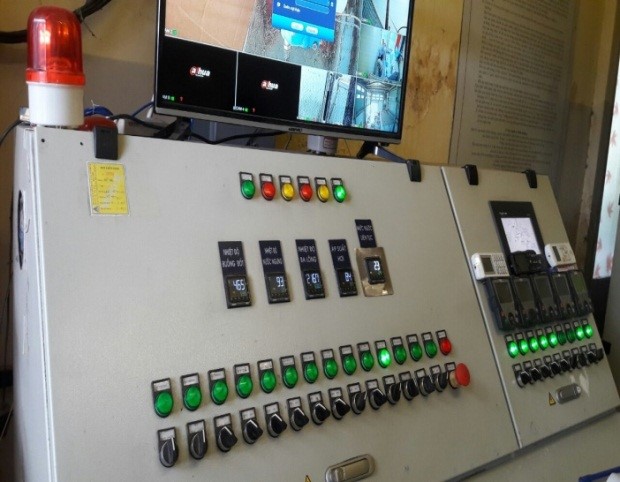 After carefully reviewing the energy saving opportunities that were recommended by the national expert team, the factory has implemented the following solution:

After two months of monitoring, the energy efficiency of the boiler increased from 61.8% to 65.69%, the amount of biomass fuel consumption decreased by 97.5 tons/month. The estimated annual energy saving is 1,172 tons/year, equivalent to the saving of fuel cost of 1,482 million VND. With the total investment to implement the solutions is 01 billion VND, the payback period is 9.7 months.